VIENNA, Va. – April 18, 2017 – PRLog — The Institute for Excellence in Sales (IES) is proud to bestow Paul Smith, Senior Vice President and General Manager, Public Sector at Red Hat with the 7th Annual Lifetime Achievement Award. The award will be presented on June 6 at the Westwood Country Club in Vienna, VA. As is the IES tradition, 2016 Lifetime Achievement Award winner Art Richer, former CEO of the immixGroup, will present the award. 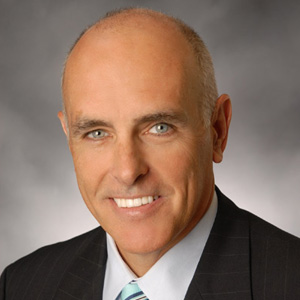 In its seventh year, the IES Lifetime Achievement awards promote and advance corporate and organizational sales excellence by recognizing organizations that have demonstrated outstanding leadership and strategic vision in Sales. It’s the only event of its kind.

“I am truly honored to receive this recognition from IES, an organization that has provided immense support to the Mid-Atlantic sales community,” said Paul Smith, Senior Vice President and General Manager, Public Sector, Red Hat. “Like any sales leader, I am only as successful as the brilliant and hardworking members of my team, and I am incredibly thankful for the overwhelming support I’ve received during my career.”

Paul joined Red Hat in 2004 to oversee the sales, marketing, consulting, channels and strategic planning of the Government Business unit. With more than 20 years of experience marketing key technologies within the government marketplace, Paul has a track record of successfully selling software solutions to government agencies and systems integrators alike. Since Paul’s tenure began, Red Hat’s public sector business has been one of the fastest growing segments within the company with a compound annual growth rate exceeding 28 percent.

Prior to Red Hat, Paul led the Government Operations team at VERITAS, which became the fastest growing vertical within the company. Paul attributes his leadership style to leaders of the open source community, including Jim Whitehurst, Simon Sinek and Stan McChrystal. Paul holds a Bachelor of Business Administration from Loyola College in Baltimore, Md.

“The IES Lifetime Award Selection Committee is thrilled to recognize Paul Smith at the 2017 recipient of the award,” said Fred Diamond, Executive Director, Institute for Excellence in Sales. “Paul continues the tradition of recognizing highly accomplished corporate sales leaders who have led world-class teams and have succeeded at the highest levels throughout thieir distinguished careers.”

Purchase tickets for the event at: https://i4esbd.com/awards/buy-a-ticket/

the IES is your trusted partner for sales speakers, training, content, programs, coaching, services, and products.

We are all about helping selling professionals improve their trade .

We bring the world's top sales thought leaders to sales professionals and leaders to help make their selling more effective.

I have learned a great deal at the IES programs. As someone's who is new to a career in sales, I'm taking every opportunity to get exposed to as much as I can as quickly as I can. This is a great place to get up to speed on important sales topics.

I was honored to be a speaker at the IES and to have attended most of their programs. The quality of the attendees is first class and the level of professionalism is astounding.