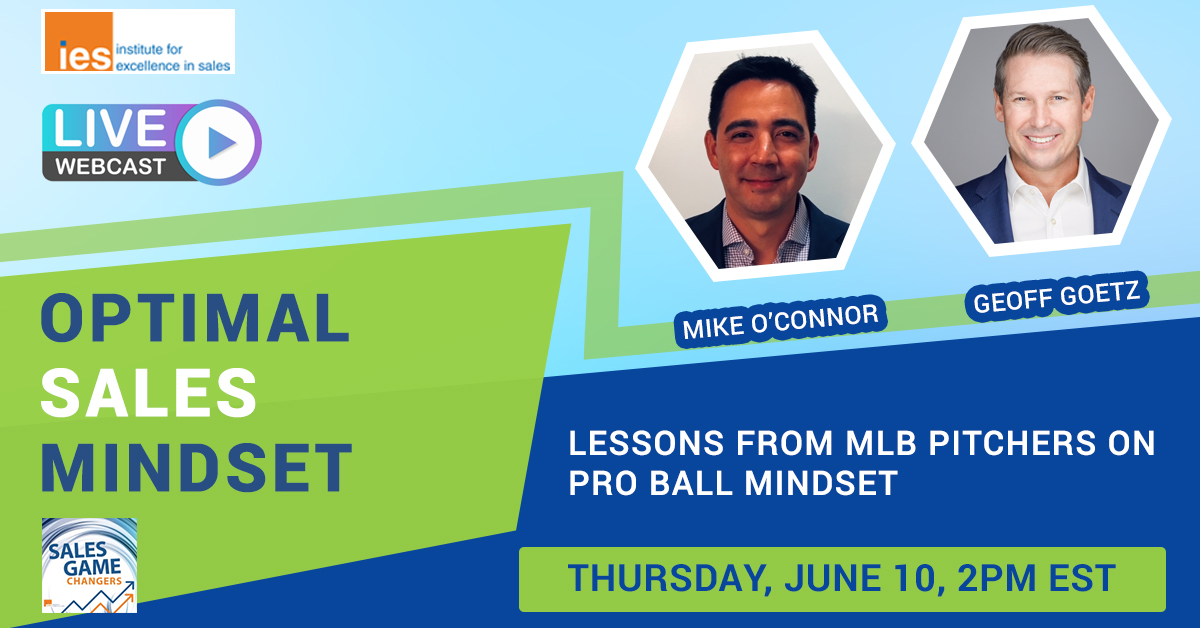 Making it as a professional baseball player is tough. It’s even harder to make it as a pitcher.

What are some lessons you can take from the mound into your sales and business efforts.

Let’s talk today with two former professional pitchers who will share the lessons they learned that they took from the mound to the conference room and how you can too.

As Senior Vice President of Program Delivery at the Achieve Institute, Geoff brings his experience as an elite competitor to ensuring that every team that he works with maximizes their abilities to be successful. Geoff’s real-world experience, from the field to the boardroom, is focused on helping his customers create a winning environment where they and their teams can excel.

Mike was drafted in 2002 and played professional baseball for 12 seasons and retired in 2014. He played 4 seasons in the MLB with the Washington Nationals and the New York Mets and also played in Triple-A with the San Diego Padres, Kansas City Royals, New York Yankees and Minnesota Twins organizations.