OPTIMAL SALES MINDSET: The Good Fight- How to Have Productive Conflict with Customers

OPTIMAL SALES MINDSET: The Good Fight- How to Have Productive Conflict with Customers 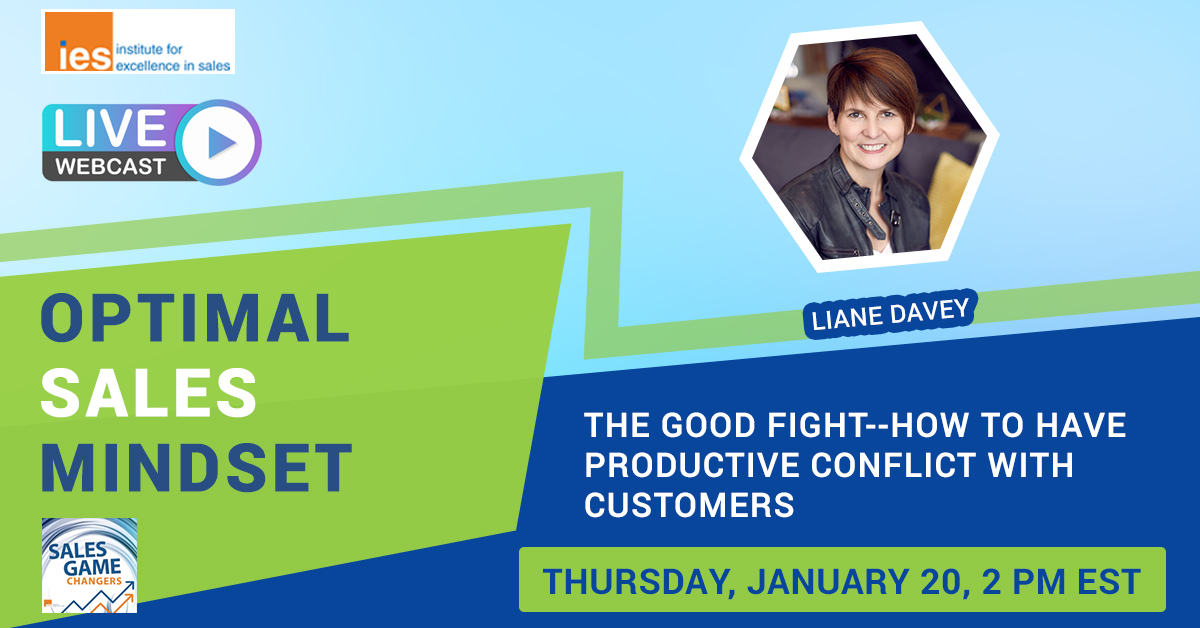 You were probably taught that the customer is always right, but are they?

Sometimes you need to disagree, diverge, or dispute something with a customer both to protect your organization and also to protect theirs.

What’s worth fighting for? How can you make the conflict constructive? What does it take to disagree with your customers and come out with the sale and a stronger relationship as a result?

By attending, you will:

Liane Davey is the author of three books, including “The Good Fight: Use Productive Conflict to Get Your Team and Your Organization Back on Track and the New York Times Bestseller “You First: Inspire Your Team to Grow Up, Get Along, and Get Stuff Done.”

Known as the Water Cooler Psychologist, she is a regular contributor to the Harvard Business Review and frequently called on by media outlets for her expertise on leadership, team effectiveness, and productivity.

As the co-founder of 3COze Inc., she advises companies such as Amazon, TD Bank, Walmart, UNICEF, 3M, and SONY. Liane has a Ph.D. in Organizational Psychology.